Another Gold Highlight for Michael Jung

Another Gold Highlight for Michael Jung

Michael Jung wins the CCI4*-S Meßmer Trophy with Highlighter and the German Championship. Silver went to Dirk Schrade, bronze to Sandra Auffarth. Michael Jung (GER) was the only rider to finish on his dressage score of 25.6 points. He could even have afforded a rail in the show-jumping phase without jeopardising his lead but Jung kept his cool and finished the competition with an excellent clear round: “I am overjoyed. Highlighter has come a long way. To win the German Championship title with him now means a lot to me. He has been going strong all season and I am so proud of him. He has done so well all week and wasn’t fazed by the enormous crowd at all. He’s so cool.”

The runners-up of the CCI4*-S Meßmer Trophy Dirk Schrade and Casino also had a great week. Schrade could not afford a single time fault, a fact he managed to ignore before he went into the ring: "Casino is simply a great jumper. I was a little worried that he would be impressed by the atmosphere because there were so many spectators on site but he jumped really well, and was absolutely focused on his job.”

Sandra Auffarth was also very pleased with her nine-year-old Rosveel, who was only competing in his second fourstar-season. “I am so happy. His dressage has improved significantly and I had the feeling that he wanted to show what he is made of this week. In the cross country, I can absolutely rely on him. He was fit as a fiddle yesterday and very full of himself in the vet inspection. In the show-jumping he was very attentive and wanted to do everything right. I think he was actually quite proud of himself.”

Colero gave his rider a tremendous birthday present - the first five-star victory of his career! Just like the cross-country course, the show-jumping of the Longines CCI5*-L proved to be very influential. Only the top two riders stayed clear and within the time allowed. With a very fresh and smooth round, Felix Vogg (SUI) and Colero held onto their dressage score of 29.0 points. Kirsty Chabert (GBR) and Jonelle Price (NZL) completed the podium.

It was Felix Vogg’s week. He laid the foundation for today's win on Friday with a super dressage, which was rewarded with 29.0 points. Vogg and Colero then mastered the demanding cross-country and show-jumping courses clear within the time. The Swiss rider proved to have nerves of steel: “When I rode into the arena, I just focused on keeping calm and tried to blank out everything else. That took the pressure off me and also off the horse, which was important. Even with a pole, the result would have been a personal highlight. He can jump fantastically and he showed that today." In the award ceremony, the 32-year-old thanked everyone who contributed to his win: "Many thanks to the audience, the horse's breeders and the organisers. This victory is extraordinary for me!”

Kirsty Chabert was the only other rider to finish the Longines CCC5*-L on her dressage score - her biggest achievement so far: “Classic has been fantastic this whole week. She gave me a phenomenal round cross country and she’s a very, very good jumper. It’s a team effort and we go out of our way to keep her in her happy place and then she rewards us by going above and beyond.”

Jonelle Price’s week was off to a rocky start. “I was a little frustrated with our dressage result. Faerie is brilliant but also a right little madam. It’s her fourth time in Luhmühlen and she’s already seventeen, so you’d think she knows her job but the dressage was hard work, we had a few mistakes and during today’s prize giving I couldn’t help but think ‘what if…’. On the other hand, she gave me lovely rides in the crosscountry and show-jumping phases and she’s always trying to do the right thing. She’s an incredible nice little mare and deserved a podium finish. She’s also quite pretentious, so I’m sure she enjoyed the prize giving today and thinks she has won.”

Michael Jung on course for gold

Michael Jung on course for gold

In the CCI4*-S Meßmer Trophy, Michael Jung (GER) and Highlighter are in the lead with 25.6 points after cross-country day. Jérôme Robiné (GER) with Black Ice (29.0) and Dirk Schrade (GER) with Casino (29.6) are currently in second and third place. Michael Jung was one of only three riders who managed to stay clear within the time allowed: "Highlighter did a great job. He is super fit and we were able to keep up our pace before and over the jumps, that’s how we stayed within the time, which was quite difficult today. He’s so fit that the heat didn’t get to him at all. The cross-country course was super, the ground was really well prepared.”

With another fast round and only two added time faults, Jérôme Robiné and Black Ice worked their way up the leaderboard into second place: "The last competitions went very well for us but I still wouldn’t have expected to be in second place after the cross-country. The course was quite intense with a lot of questions and I had to make sure to keep him balanced. Now I’m obviously very pleased."

Dirk Schrade and Casino only added 3.2 points to their dressage score and are currently in third place: "Casino went so well. We had a small misunderstanding at the last show, so I didn’t take any chances today and perhaps put a little too much pressure on him, so the round wasn’t as smooth as it could have been. The temperatures didn’t bother him at all, though. He was fresh right till the finish line."

Longines CCI5*-L: Felix Vogg (SUI) in the lead after an exciting cross-country day

Longines CCI5*-L: Felix Vogg (SUI) in the lead after an exciting cross-country day

Due to a fast and clear round, Switzerland's Felix Vogg will go into tomorrow's final jumping competition with his dressage score of 29.0 points. With 29.1 points, Tim Price (NZL) and Vitali are hot on his heels in second place. Followed by Oliver Townend and Dreamliner with 29.6 points. Mike Etherington-Smith's demanding crosscountry course shook up the leaderboard. In total, nine horse-rider combinations managed to stay clear and within the time allowed. Felix Vogg, was over the moon after his round: “He went really well. He’s not a thoroughbred so he sometimes needs to be reminded that we need to keep going. He listened to me all the way round and I couldn’t have asked for a better effort. My goal for the season was to be among the top five here in Luhmühlen – and now I’d obviously really like to win."

Tim Price was also full of praise for his horse's round: “Vitali was super. He’s so talented and even though he does notice the crowd and can be a little impressed by the atmosphere, he’s still focused on the questions and always alert and attentive, which is exactly what I’m looking for in a horse.” The 12-year-old Holsteiner is competing at five-star level for the first time, so Price didn’t rush him: “He’s a first-timer so that’s where the time faults come because it’s my policy to start them in a way that they can find themselves at the bigger fences and questions. At this stage of the career I’ll happily accept a few seconds over the maximum time. He’s highly strung but he settled really well when we started and tried really hard all the way around.”

Oliver Townend and Dreamliner had the the fastest cross-country round of the day (10:48) and completed the podium ahead of the final day: "Dreamliner is maybe not the most athletic horse, but has a really great attitude, he’s so genuine and always wants to stay inside the flags. I’m so fortunate to be riding him.” 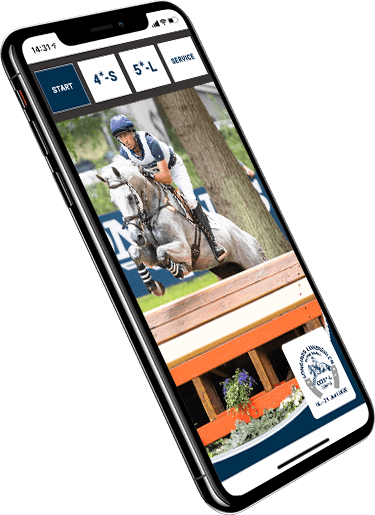